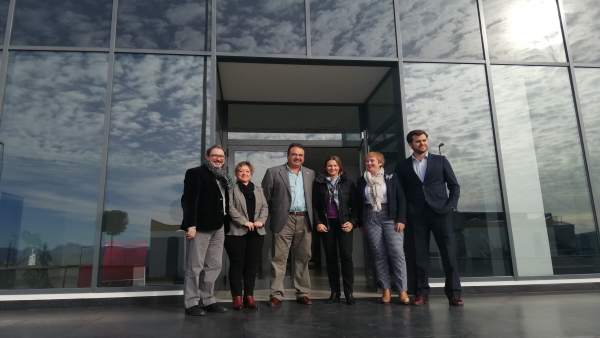 "The Alcaudete companies are experiencing a moment of growth that is reaching practically all sectors, but especially the plastics sector is having a very important development, which also has a lot to do with businessmen and women who have invested in innovation", has highlighted Ana Cobo.

He has given as an example the new plant of Plasticos Alcaudete, Plasal, and the innovations incorporated in its production processes and in the management of the same, for which it has had the support of the Board. "The new plant incorporates all the technological and digitalization improvements in both production and management, which makes them more competitive, as they had already been, and that is why the growth of this company in the last year has been exponential, both in turnover and in job creation and, above all, in the incorporation of design and innovation," he added.

With respect to the region, the delegate of the Andalusian Government has stated that "there is a very important network of companies in this axis of the Sierra Sur, which together can be stronger because their markets are global and ideally they are able to cooperate to make the sector much stronger". He also stressed that this sector is having a very important weight in the GDP of the province in recent years, "being an engine of development whose economic impact not only stays in Alcaude and region, but give opportunities to other suppliers in the province," he stressed, after emphasizing that it is working with customers worldwide.

The latest project of Plástico Alcaudete, Plasal has consisted of the modernization and expansion of the company's production facilities by moving to a new building, including its construction, and the acquisition of new production equipment (two new thermoforming machines). Click here for more news from Jaén.